This Central African country, located on the Gulf of Guinea, is one of the most interesting African countries to discover. It is nicknamed ‘Africa in miniature’ because the population speaks English and French in equal proportion, and there are as almost many Christians as Muslim. Its diversity of landscapes, from the fringes of the desert to savannas, from beautiful tropical beaches to the rainforest, made it a pure delight for the eyes. So here’s to you an overview of the landmarks to visit for a nice Cameroonian adventure:

With its world-class hotel infrastructure, it is one of the favorite destinations for tourists, businessmen, diplomats and academics.

Stroll through the streets of ‘The city of seven hills’ and find several interesting sites to visit.

The monument of reunification, built in early 1970, consists of a main monument shaped as a spiral, that symbolizes the reunification of French Cameroon French and British Cameroons. The secundary moument is a statue of an old man holding five children and waving the National torch. 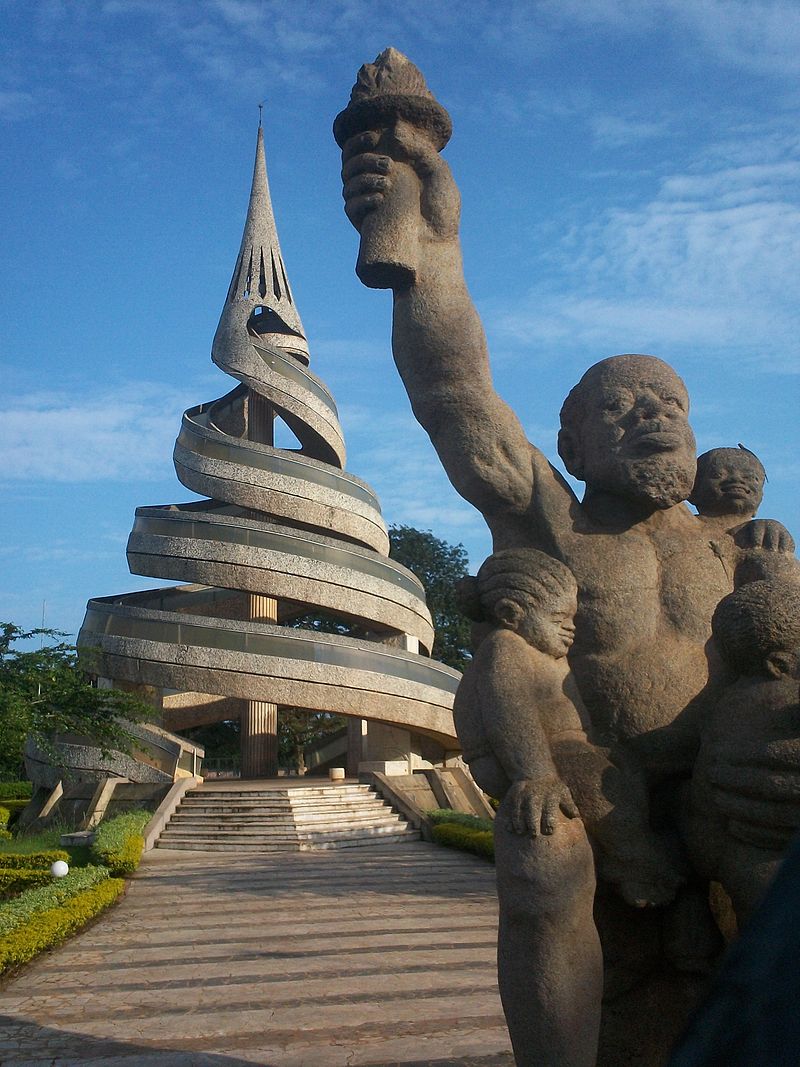 Take a ride to the Cathedral Notre Dame des victoires and do not miss the Yaounde National Museum for an overview of the culture and history of Cameroon. Smaller but equally interesting, you have the museum The Blackitude.

Several other attractions await you: the Market of Crafts downtown, the Mount Febe, the kiriakides park, …

Highest peak in the country and throughout West Africa (4095 km altitude), it is an effusive volcano still active to date whose last eruption was in 1999. Ideal for hiking, it is held annually in the month of February an ascent of the volcano called Cameroon Race of Hope. It takes 4 to 5 hours for the climb, course for professionals. Beginners, 2 to 3 days should do!

Located 7 km from the seaside resort Kribi, these falls are unique in the sense that the Lobe River flows directly into the Atlantic Ocean. The region has vast sandy beaches where come to lay two sea turtle species: leatherback and olive ridley. Make the tour by canoe and do not forget to taste the fresh Kribi shrimps. Little trick of TripAdvisers: Negotiate hard!

You also have the waterfalls of Ekom Nkam more wild and difficult to access but even more exceptional.

Natural site class world heritage by UNESCO, it is one of the largest and best protected rain forests of Africa’s, most of its area remaining virgin. Almost all surrounded by the Dja River, which forms a natural boundary, the reserve is noted for its biodiversity and for the wide variety of primates that live there. It is home to 107 mammal species, five of which are threatened with extinction.

– The Waza National Park: lion, giraffe, elephant, waterbuck, ostrich, topi, cheetah, waterbuck, etc … It is the most famous parks of Cameroon and one of the most spectacular in Frenck speaking Africa. Located in the far north, 120 km from Maroua, it is a haven for wild beasts and other animals as well as many varieties of birds..

– Douala : economic Capital of the country.

It is a city full of activities, thanks to its port, one of the largest in the West African coast, and its international airport served by several airlines.

Find there the Flower and arts market, the central Sandaga market (yes, Senegalese friends!) and many buildings and monuments from colonial architecture like the Pagoda of Douala, that was Manga Bel kings palace. 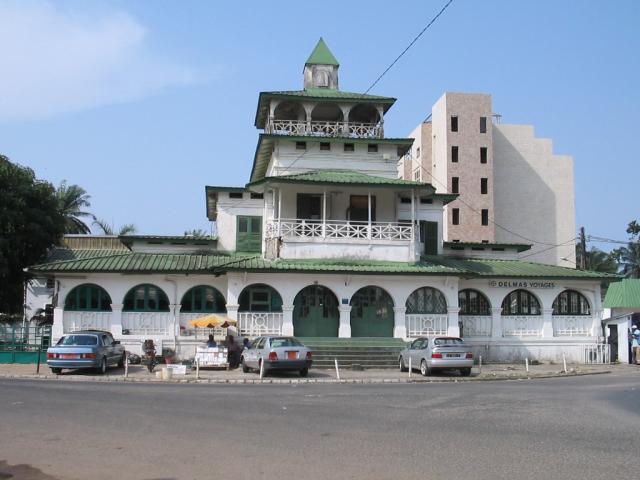 Its unique architecture marked by a succession of roofs made it an original monument hence the name “Pagoda”. This building shelters in its summit a sort of balcony which according to residents, served as a platform for the Chief when he convened a meeting or wanted to address the people.

One can not speak of Cameroon without mentioning the small town of Panja in the Littoral region. There, you can visit the plantations of Penja pepper, a pepper considered one of the best. Thanks to a naturally rich and balanced volcanic soil, Penja pepper is exceptional in character and flavor. Specially grown and selected according to the ancestral traditions of Penja, it boasts a huge hit with connoisseurs. 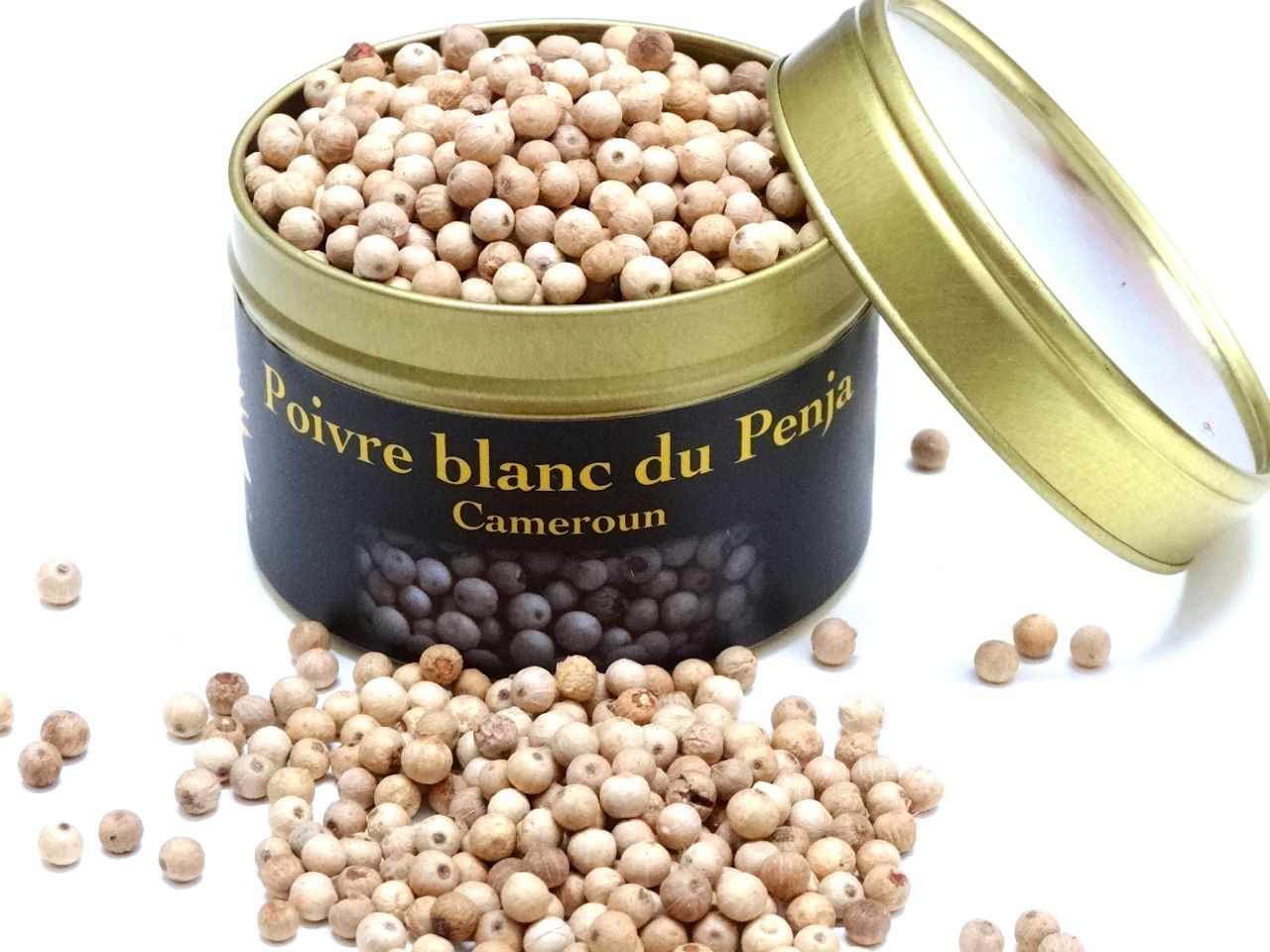 This is an extremely interesting country to discover for tourists and visitors. But also a vibrant country, both in terms of fashion, entrepreneurship, cultural and sporting life. We will talk about this aspect in another post.

But in the meantime, do not hesitate! Come discover the amazing country of our Camer friends!