Kente cloth originated from the Ashanti people of Ghana and the EWE people of Togo and Ghana. It is an internationally-known African textile, the most famous. People knows more the wax fabric with kita pattern (known as Kita-like) that is commonly worn by African ladies, or used to create accessories. But the Real KENTE, the woven one is a royal textile.

The Kenté is an African textile made of silk and cotton, manufactured on a traditional loom. According to legend, two Ashanti brothers, Kurugu et Ameyaw from Bonwire village in Ghana, were hunting one afternoon and came across a spider spinning its web. They were so amazed by the beauty of the web, they wanted to create one like it. Back home, they manufactured the first Kenté cloth, with the black and whitefibers from a raffia tree.

Ewe people narrate the same legend, locating the creation of Kenté in their city of Agotime in Togo.

Afterward, dyes were created from plants, to come up with colorful threads that were woven together.

Kenté is not just Ashati or Ewé. It spreads later to other Akan ethnic groups of Ghana and Ivory Coast.

Kenté cloth features many geometric patterns, and each pattern has a specific meaning, relating to the history or beliefs of the Ashanti people.

Here are some famous patterns

The Golden Stool : The Golden Stool is a symbol of absolute power in Ghana. According to legend, it was sent down from the heavens 800 years ago. Today the king of the Ashanti sits upon it whenever he is in public.

God is great ou Never give up

Ohene Anewa – The eye of the king, the kings sees everything

Nkyimkyim – Zigzag, life is not a straight path

Even the colors used hold a symbolic:

pink—assoc. with the female essence of life; a mild, gentle aspect of red

purple—assoc. with feminine aspects of life; usually worn by women

Kenté is woven from silk or cotton threads and is handmade on a wooden loom. The loom produces a fabric of about 9.5 cm wide. On the same fabric strip, several weaving methods can be applied. Then the strips are stitched together to form a larger piece. 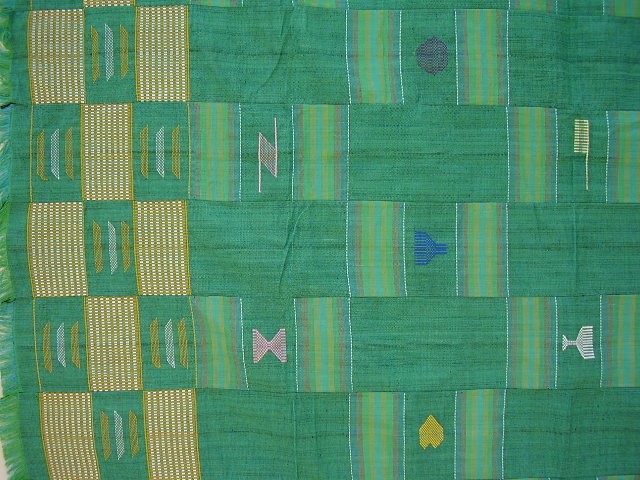 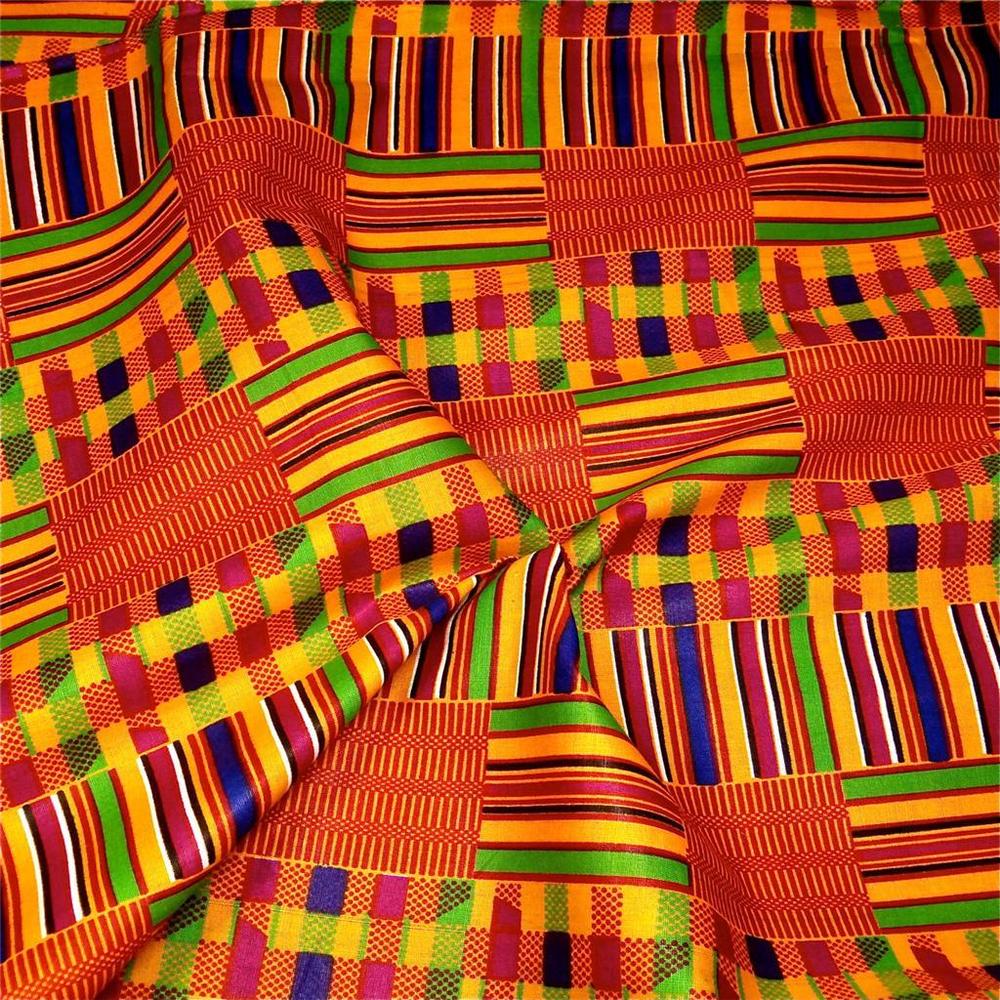 Kenté was known as the royal kilt, a sanctified textile. It was only worn by the kings and notables during ceremonies. Subsequently, the use of Kita spread during traditional marriage ceremonies.

Today the Kente loincloth is commonly used and color symbolism is lost for many. Kenté patterns are now reproduced on the wax cloth and made into bags, shoes and T-shirts. But some African designers integrate the real kente in their creations to pay tribute to this typical African cloth that came to us from the Akan.